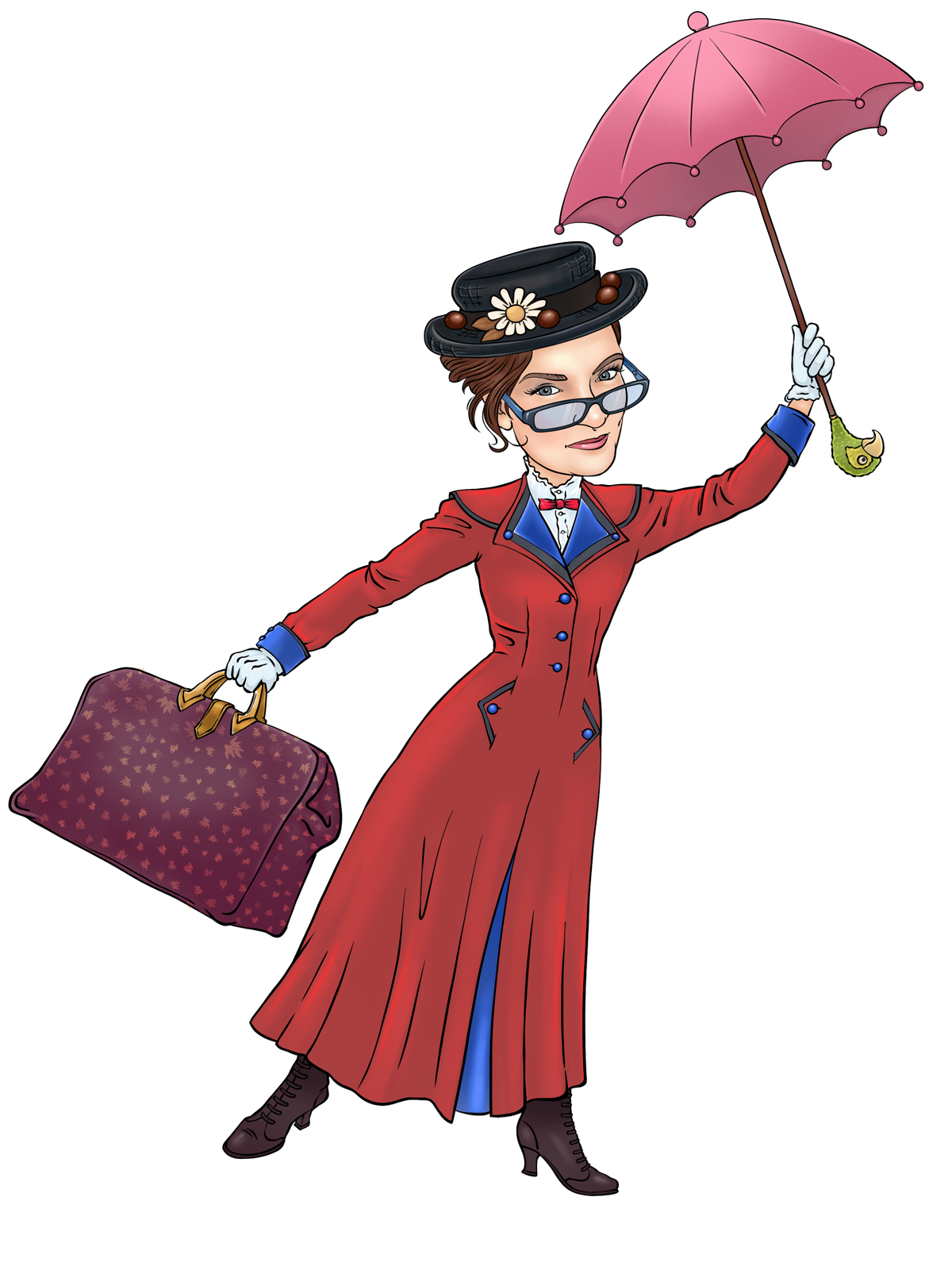 But now you are considering having it produced as an audiobook. After all sales of audiobooks are rising and the demand for new ones is definitely there.
So who is going to be your narrator? And how do you go about choosing them?

With the huge increase in audiobook sales the number of would- be narrators has also increased with many people thinking that audiobook narration sounds like easy money. Afterall, how hard can it be to read a book out loud?

Well, perhaps a lot harder than you and many would be narrators may think. And it certainly takes an awful lot longer too.
In fact each hour of finished audio takes a minimum of 5 hours to produce and that doesn’t take into account that many books contain pronunciations that need checking, characters that need to be understood and even foreign words and names that have to be researched.

The basic steps a narrator has to go through are

• Read the book at least once and take notes about all the characters. Any particular accent they have, their relationships with the others, age, etc. Any narrator who does not read the book in its entirety is not doing their job.
• Record the book. How long this takes depends on their experience and the complexity of the language used. For example a medical book would have long technical words to get their tongue round, and often fantasy stories contain unusual names. And even with a relatively straight forward narrative it’s impossible for even the most experienced narrator to read aloud perfectly in one take.
• Edit the files. This means listening to all the recordings and noting any mistakes in the words, inflections, spacing, tone as well as correcting any unwanted noises.
• Master to industry standards This means checking the volume of the noise floor ( silence between the words) as well as the overall sound. Some narrators pay to have their work mastered but obviously they need to be paid enough for the book in order to afford to do this.
• Send the finished files.

So a five hour book is going to take at least twenty five hours to produce and far more likely to take thirty to thirty five.
And that’s with an experienced narrator. Who will probably charge more.

And that brings us to the ‘m’ word. Money and how much are you going to have to part with to see, or more precisely hear, your creation.
Narrators usually charge at a Per Finished Hour rate(PFH) and this can vary enormously from $50 PFH to $400/500 PFH but an average is $200 to $400.

Or alternatively some publishing platforms such as ACX https://www.acx.com have Royalty Share deals which means that the author and the narrator share the 40% (on ACX) profit equally for a seven year period being paid monthly.

To a narrator an author looking for a royalty share deal can look as if they don’t have confidence that their audiobook will sell enough copies to earn the true cost of production. The author is making money from the other formats that the book is published in but the narrator has to take the risk that the audiobook will sell.
If you are a first time author, your sales history may not be very good (unless you have penned the next Fifty Shades) and so the chances of finding an experienced narrator to risk their time and effort on your budding new title are small.
Inexperienced narrators are more likely to go with Royalty Share deals with a new author but on the other hand, we all have to start somewhere and they might prove to be very good.I did my first audiobook as a Royalty Share as I was approached by a South American author to narrate her soap making book. https://www.amazon.co.uk/Soap-Making-Business-Startup-Start-Successful/dp/B077VV6J8L/ref=sr_1_21?dchild=1&keywords=soap+making&qid=1586858395&refinements=p_n_binding_browse-bin%3A308724031&rnid=492562011&s=books&sr=1-21 * . It took me more hours that I care to remember but I managed it in the end. It has sold steadily over the last four years but I doubt it has made me anything like the minimum wage.
If your book does sell well you will be sharing the profits for seven years, making 20% rather than 40%.

How do you envisage your narrator to sound?

Does gender matter? If the book has a male POV then the choice may be simple or if the cast is mainly men then it would probably be best to go with a male narrator. But if it doesn’t matter then look for either sex. You may be surprised that a narrator of the opposite sex to you gives a new feel to your words. 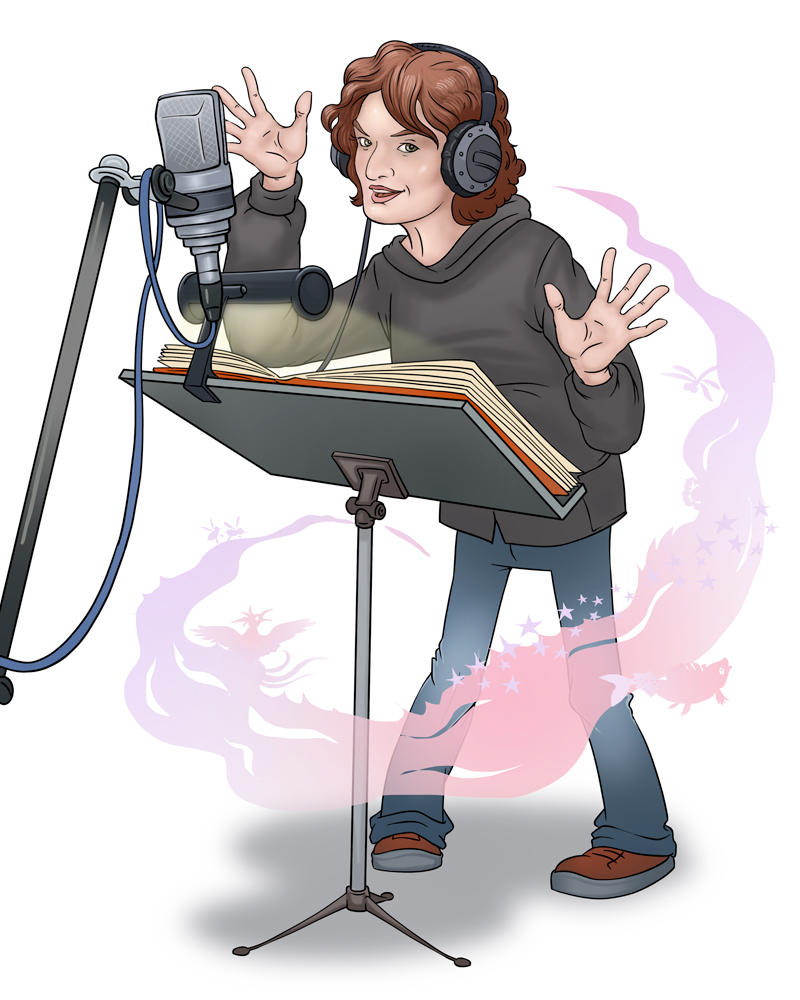 Accent. Again, if the the novel is set in 18th century Yorkshire you might want an authentic Northern voice but listeners want to hear believable character voices that move the story along. Being too prescriptive about exact accents for every character can narrow your choice of narrator as expecting your narrator to master a Japanese, French, Southern Irish and Malay accent in your young explorers tale is a big ask!. Generally a nod to an accent is sufficient to keep the momentum going.
Does your book require an authoritative tone e.g for a factual book, or do you want a soft bedtime story voice. Giving your narrator an idea of this will help them give you their best audition.

Where are the narrators?

As I said before the number of narrators has increased in recent years as technology has meant setting up a home studio is comparatively easy. And if you search for ‘Audiobook Narrator’ you will see that rather than a handy list of narrators coming up there are a vast number of sites trying to encourage people to become narrators.
You will however find audiobook narrators business websites amongst these companies. And so you can approach them directly when you find one you like the sound of.

There are also many other companies listing voiceover artists and narrators such as, Findaway Voices, https://findawayvoices.com/?gclid=Cj0KCQjwj7v0BRDOARIsAGh37irXozyMtbPpdkDTbklrep71TUaIeFdR-sO_sgh2RL_HDEVn5YQs0NwaAt0NEALw_wcB

Also many freelance sites such as Upwork and Fiverr will have voice over artists listed of various degrees of experience and you can usually ask for a sample read from your script before going into a deal with them.

My advice however if you are first time author and want the process to be easy is to go to ACX https://www.acx.com as they will handle the entire process of putting the book on Audible, including rights management, paying the narrator and receiving payments for the sales.

I would start by looking through the listed narrators – noticing their PFH rates – and listening to a few voices to give you an idea of the variety and their experience. This may help with your choice of the rate you are willing to pay.
Once you list your book you can approach individual narrators and ask them to audition for you or just wait for the auditions to come in organically.

Yes, they are an Amazon company and yes you will get 40% profits – other publishers such as https://www.authorsrepublic.com/how-it-works promise more but you need to supply the finished audiobook at the start. 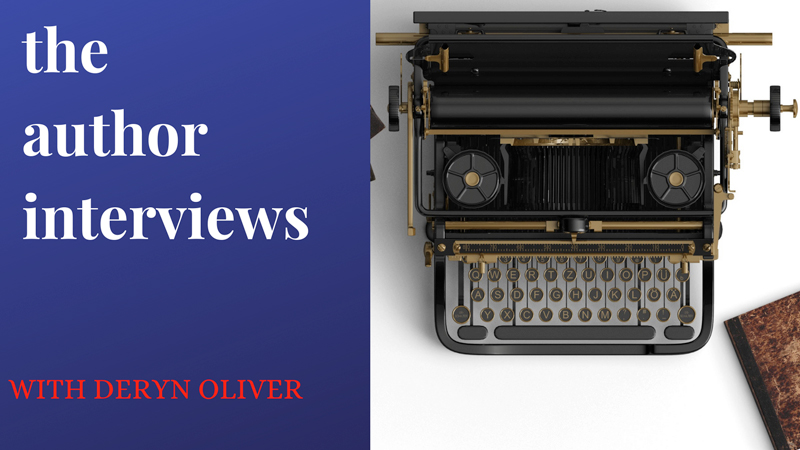 DERYN OLIVER British Female Voice Over This month I have launched my new series The Author Interviews in which I interview the authors of some of the audiobooks I have voiced to find out more about their process, how they became a writer and how they create the plot....
Read More 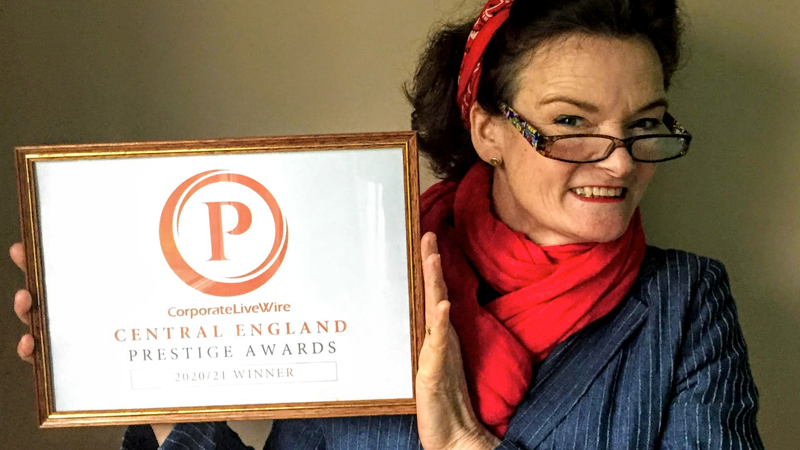 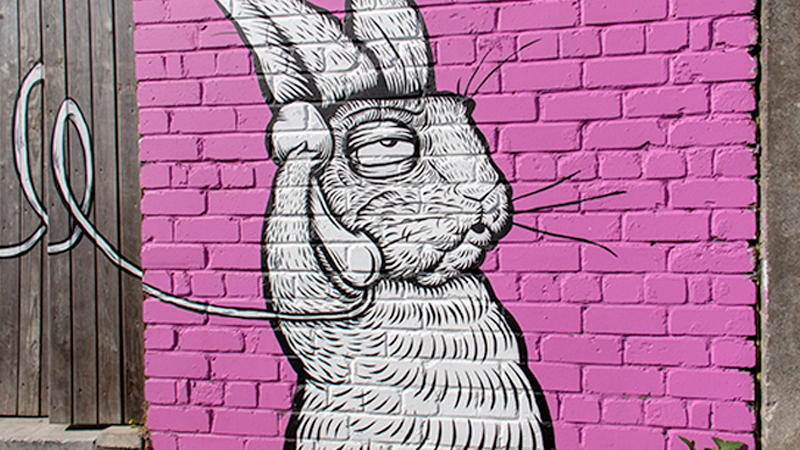 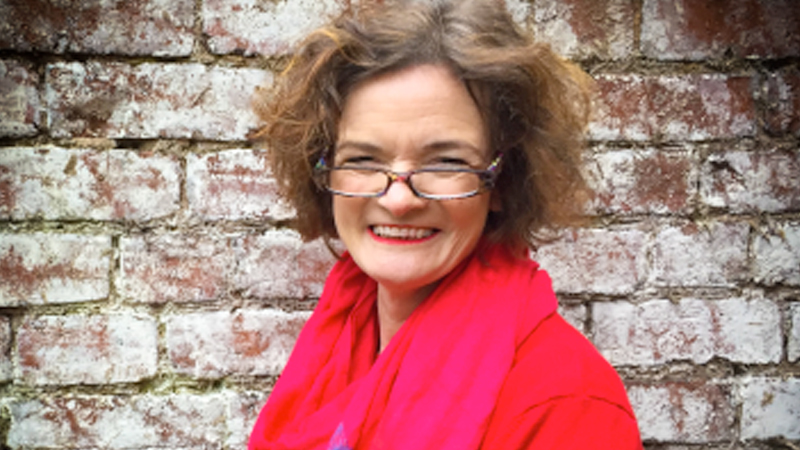 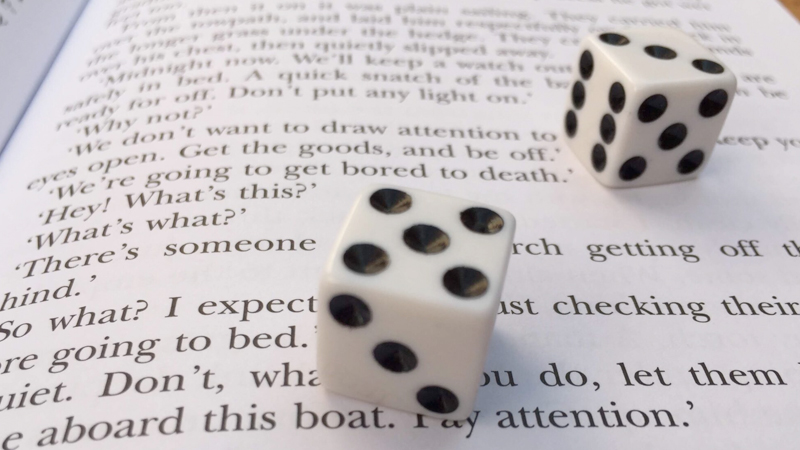 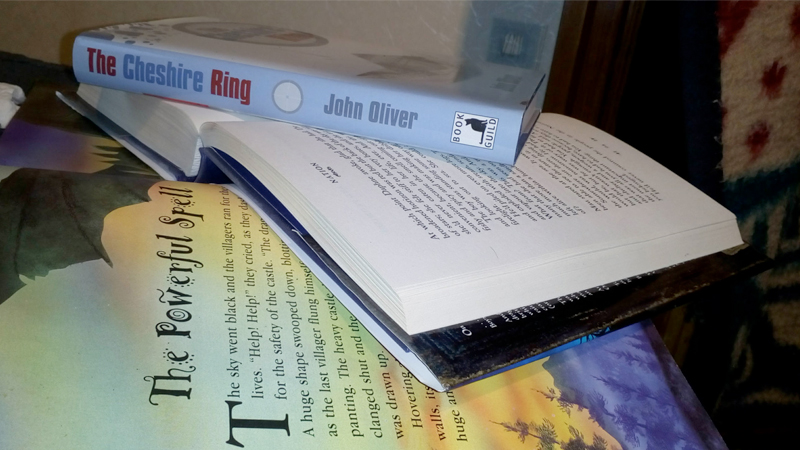 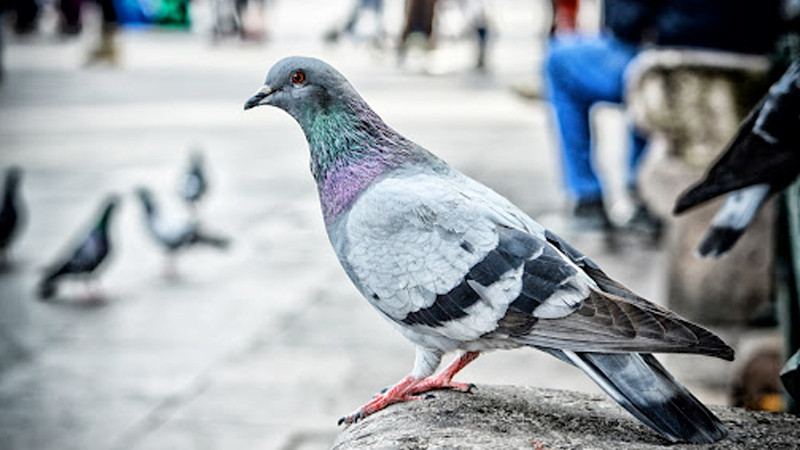 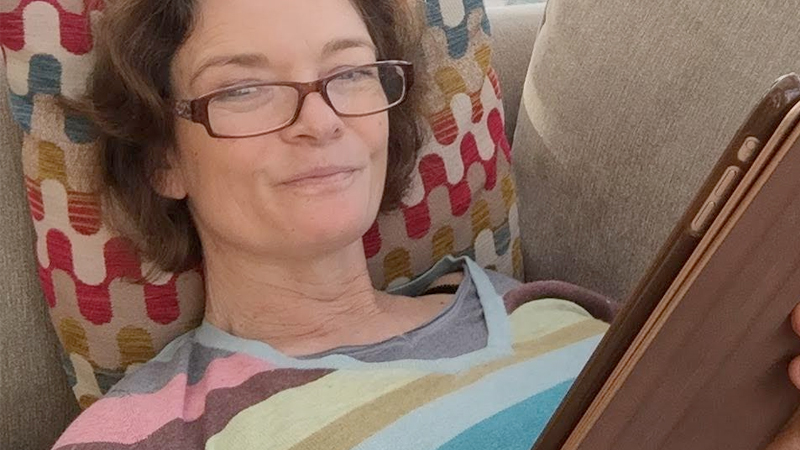